I was  googlingt about it , but i could  ask for help at Garmin,because in Cuba Garmin site is blocked.

(thanks to David and Sandi) 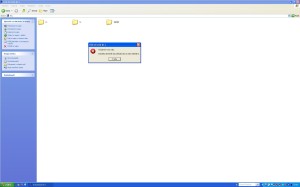 I have  also problem that my PC is starting in automaticaly as first choise in Windows 7 and i can not switch to windows XP with keyboard, because it is not working (look at 21#M). And i do not have drivers for SD card on Windows 7. If i could make start from XP i could use then wirtual keyboard with mouse. (to do picture above i have took keybord in hotel cibercafe)

I would like to try to use applications that San_di has suggested or maybe some other.  Tomorrow is another day.

I was busy yesterday and today to install navigation on an Samsung tablet which i have got from an Canadian tourist here in hotel, but no succes. One hour of internet is 6 doloars. Here in Cuba is not posible to buy iPhone or Samsung phones with GPS.