(this page is still in phase of building)

How Corbin did born?

“In 1977 Marius Corbin commissioned Robert Dufour of Montreal, Quebec to design him a sailboat based on a one-off 39-foot Dufour design named Harmonie”.

And his request were: strength, speed and space. That’s was i was also looking for.

Tereza is blue water cruiser. Before buying the boat i did one year long research. On the end i did have  pretty much clear picture what i want.

2. Fast boat: The design is very similar to  Valiant 40, which did won many around the world race:”Valiants stellar bluewater reputation is also a result of its success in single-handed ocean races. Francis Stokes, aboard Moonshine, won his class in the 1980 OSTAR. Dan Byrne, a retired journalist and inexperienced sailor, sailed Valiant 40 hull No. 1 in the inaugural BOC Around the World Race. Mark Schrader completed an epic circumnavigation in a Valiant 40 in 1983″.

Left is Tereza  and on the right Valiant 40.

Under water line they are almost equal. Valiant is just one foot longer.

3. Lot of space for a 39 footer: 2 cabins and 2 toilets. And also Corbin gets  some more space by making her higher.

4. Tereza is “Double ender” what makes here to be more comfortable with waves coming from behind. 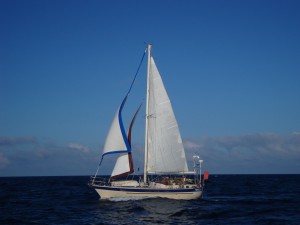 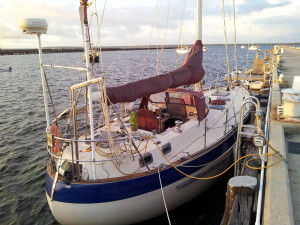 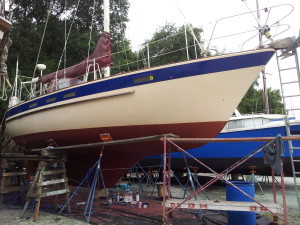 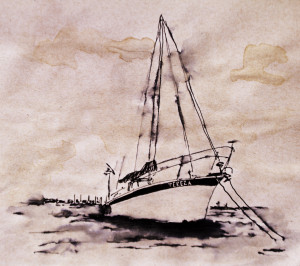 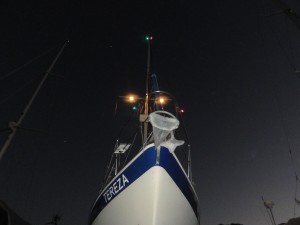