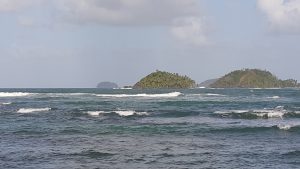 He was born soon after longest night in the year.

We don’t know who was his father.

But it does not mater, because God was guiding and protecting him as every father

does with hims son.

And He was obeying and learning from God as son does from his father.

For him God was voice in his mind, signs from quotidian life, his consciousness.

He did realize that he is part of everything and that he has to support everybody. That was the only way for him to exist.

There was no other sense to him.